Bike Theft on the Increase Across the UK 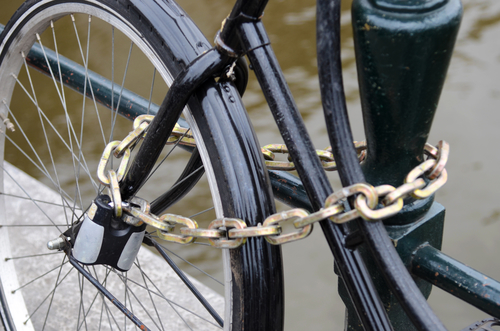 Police forces across the UK are warning bike owners to keep their wheels safe, as they have seen an increase in bike theft in England and Wales. Bike thieves have targeted areas such as Bristol, Barry, Wrexham and even the UK’s most bike-friendly town, Cambridge.

Around 2,000 bicycles are reported stolen in Bristol every year, which has led to local police staging a crackdown on bike thieves. In July five people were arrested, thought to be part of an organised criminal gang, and 70 stolen bikes were recovered, thought to be stolen from Bristol city centre and other areas of South Gloucestershire.

Police forces in Wales are also issuing warnings to residents, especially in Wrexham and Barry where there have been a spate of bike thefts. With an increasing number of people owing and using bikes, unfortunately this has led to more criminals homing in on bicycles as an easy target. The Police say many bikes are stolen each year, and are urging cyclists to do more to protect their property from thieves.

Unfortunately, even though Cambridge is known as the UK’s most bike-friendly city, it also seems to be theft-friendly. There has been an increase in bicycle thefts recently, and it accounts for 20% of the all reported crimes in the city. A shocking 11, 287 bikes have been stolen in Cambridge over the last five years, and it has been revealed that 1 in 11 people in the city have now fallen victim to the crime.

Local Police in Cambridge have now set up a number of initiatives to ensure the public are aware of the extent of the crime and can address the community issue. However, it is also the responsibility of bike owners to do all that they can to prevent anyone gaining access to their bicycle. Here are a few tips for bike owners, whether you enjoy a leisurely cycle to work a couple of times a week or are a serious cyclist, everyone should follow this advice to deter thieves.

Register your bike so you can try and locate it if it is stolen. You can also mark your bike, contact your local neighbourhood policing team for more information

Take out specialist bicycle insurance, and make sure it covers theft away from the home

Have you got any more tips for cyclists to keep bikes safe? Share them with us!