Black Cabbies Could Still Be Here in the Next 20 Years! 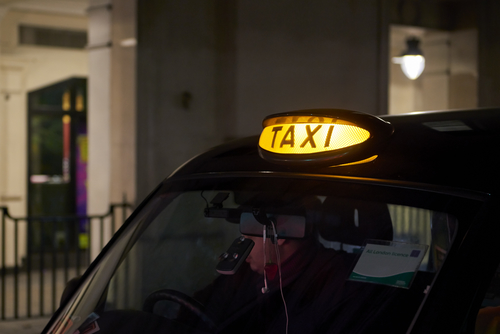 Londoners, the results are in – and it seems like the future may not be so bleak for black cabbies after all. With the rise of new taxi apps and comparison services, black cabs have lost some custom however a new survey suggests that capital dwellers think they can both exist in harmony.

The traditional Hackney Carriage is firmly rooted in British culture and is famous around the world, so seeing them die off would certainly be a shame of London and the UK. However there is a battle in the taxi industry – a battle which London cabbies just can’t keep up with.

Uber, Hailo and other similar apps are fast, convenient and often offer lower fares, so it’s easy to see why they are so popular in the city. A new survey by YouGov and communications firm PLMR found that 55% of Londoners are in favour of these apps. Only 16% of those surveyed thought the apps were ‘bad for the city.’

However, just because the majority of people living in London like the taxi apps, or the option to use the apps, it doesn’t mean they want them to completely replace the old school black cab. Many predict the black cab drivers will survive the introduction of taxi apps, and will still be around in 20 years. 45% said they will still be in business in 20 years compared to 30% who said they won’t.

This is positive news for black cabbies, who have already gone on strike earlier this year, in protest at the likes of Uber and other minicab firms who illegally pick up customers on the street and operate without taxi insurance. There is still demand for both types of transport in the capital, cabs and taxis, so surely there is no reason why they can’t coexist in the future?

The survey also asked what were the off-putting factors of using these services, and 75% cited the lack of contactless payment options in the city’s black cabs. Difficulty when paying is probably one of the major reasons why customers choose to apps such as Uber when they don’t have any cash.

Elin de Zoete, PLMR Managing Director said, “They need to adapt, and soon, if they are going to survive.

“The next generation in particular are embracing change, and black cabs don’t want to be left behind.”

Are you a driver for Uber or a black cabbie? What are your thoughts on the changing face of the taxi industry?